The weekend is almost at an end. It's been busy and social, as this time of the year often is, but I found a quiet moment to pop into my craft room to have a play with the sketch at Freshly Made Sketches.

Today's card is an experiment with bling. I don't usually go in for very much sparkle and shine but it's happened on a Christmas card or two of late. This card uses several subtle bling elements which I wanted to contrast with the natural scene. Two of those elements are the scallop-edged halo of silver glimmer paper that just gives a hint of sparkle. Another is the silver embossed 'birthday'. 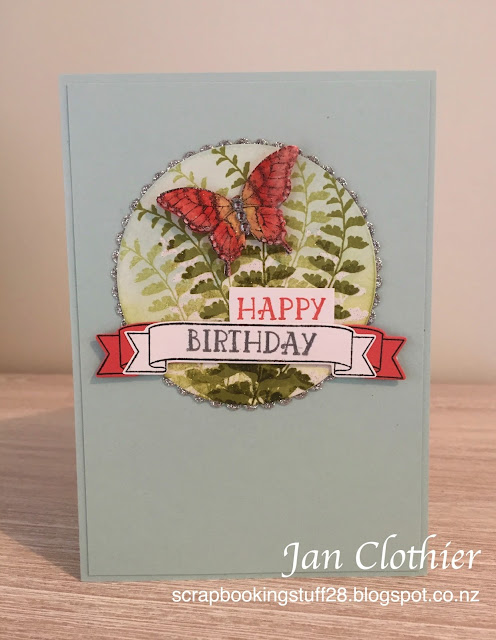 Another is the use of rhinestones down the centre of the butterfly. The butterfly has been inked and blended and some highlights added with white gel pen, before getting a layer of clear Wink of Stella. 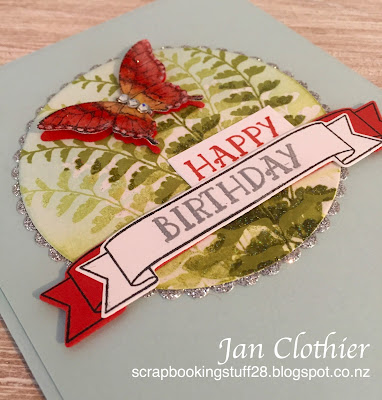 This close-up shows the Wink of Stella on the wings. It also captures the final bling element: there are a number of fern fronds heat embossed in Iridescent Ice powder. They show up as sparkle but in places there is also a resist emboss effect in the sponged background. 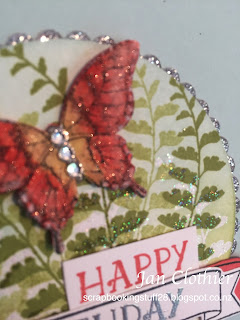 In real life, the effect of the sparkle and shine elements is subtle, yet collectively appealing. So I will call this experiment a success!